A butter to tease every sweet tooth! To create desserts that smack of yesteryear – bread pudding, crepes, Tarte Tatin, fresh roasted fruits, but also a poultry drumstick, pigeon, or seared scallops. Blended with lime, it will be a killer addition to your lobster.

Malagasy vanilla comes from the vanilla plant, a tropical orchid originally from Mexico. It grows in vines and its fruit, the vanilla bean, produces a spice called vanilla. Each pod contains a multitude of tiny and very aromatic black seeds. Over 100 varieties of vanilla exist, but only three of them produce the vanilla that we eat.

Vanilla plantifolia is the most widely used and produces “Bourbon” vanilla, a label created in 1964 to designate the vanilla produced in the Indian Ocean.

Madagascar is widely considered to be the area that produces the best vanilla. Conditions in the Northeast of the island are ideal for growing this orchid, and both the composition of the soil and the climate ideal for its production.

There are no reviews yet. 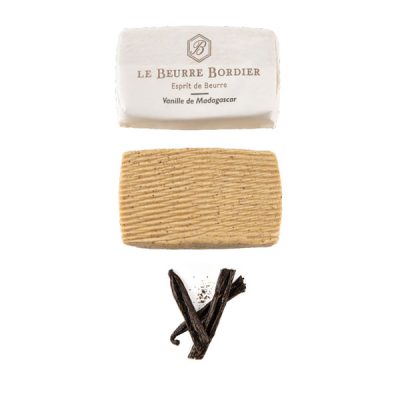